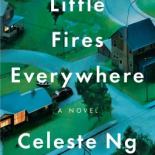 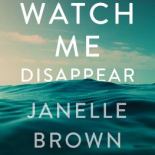 My reading gravitates to mysteries and suspense and this year to the British Isles, particularly Ireland.

The Ruin by Dervla McTiernan. Debut novel that draws you into the dark heart of Ireland.

Sweet Little Lies by Caz Frear. Debut procedural featuring Cat Kinsella as a young London policewoman whose investigation takes her to her own family secrets back in Ireland.

The Witch Elm by Tana French. The talented French is back with a non-series title about a happy-go-lucky young man whose fortune takes a terrible turn.

The Child by Fiona Barton. The skeleton of a baby found on a building site sends reporter Kate Waters scurrying over London to unravel the mystery of the child.

These novels are all set in the U.S. and while not strictly mysteries, each one has twists and turns and some mysterious goings-on.

Emma in the Night by Wendy Walker. Three years earlier the Tanner sisters disappeared. Now one is back, but where is Emma, the other sister?

Little Fires Everywhere by Celeste Ng. Mia Warren and her daughter Pearl become entangled in the lives of the Richardson Family. Set in Shaker Heights, Ohio.

Watch Me Disappear by Janelle Brown. Billy Flanagan disappeared on a hiking trip a year ago and is presumed dead. But now her daughter is having waking dreams that her mother is still alive.

A year is not complete without a couple of scifi/fantasy titles.

The Book of M by Peng Shepherd. In a dangerous future world, where people lose their shadows and their memories, a group of survivors search for answers. Those who loved Station Eleven and The Passage will love this as well.

Record of a Spaceborn Few by Becky Chambers. “From the ground we stand. From our ship, we live. By the stars, we hope.” This is the code of the Exodans, the decendants of those last humans who left Earth and reside in The Fleet, stationary ships in space. Third in the Wayfarer series.

And last, but not least, a picture book for cat lovers.

Niblet & Ralph by Zachariah O’Hara. Two look-alike cats mistakenly switch places in this in this sweet and delightful book for all ages.