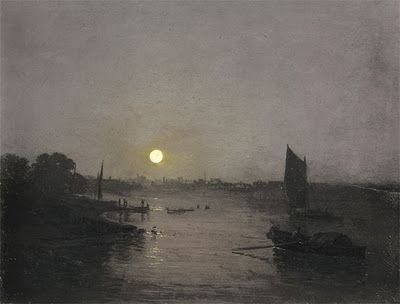 I was scrolling through my Twitter feed this afternoon, and came across a very interesting tweet from a Ted Underwood, a professor of English at the University of Illinois, who wrote, “The way the book you’re reading seeps into the rest of life, tinging it with undefined narrative potential: something everyone knows but literary critics don’t discuss enough.”

I loved this tweet.  Why?  Because the books we read, novels, poems, essays, plays, non-fiction, they do not only work on us (as we work on them) while we are reading them, but instead percolate and germinate once we have put them down for a moment; and when we re-enter the stream of life and interact with others and the world, these percolations and germinations color our perceptions, just as they influence our thoughts.  In a sense, then, reading a book does something to our consciousness.  For a long time, literary critics have written about language, and the dynamics of language, but reading and writing also of course have to do with the consciousness of the person reading or writing.  So when we read, what exactly is happening?  And how and why are we able then to see the world differently, after we placed the book down upon the table?

Here is one way to think about this: Have you ever visited an art museum, and spent good and meaningful time looking at the various objects, engaging with them, thinking about them, letting their forms and shapes and colors and textures speak to you?  Just looking at them, noticing them, wondering about them.  And then – and this is a very interesting  part of the experience – you leave the art museum, and the world itself has become more vivid!  The sun behind the clouds is seen more clearly, you perhaps notice the cracks in the sidewalk, the sound of children playing in a park a block away, the movement of cars as they make their way across the street, the feel of the wind as it does acrobatics with your hair.  What is going on when that happens?  I think that it is a matter of consciousness – that you have spent time sharpening your mind on the art objects, honing your perception, polishing your vision, so that when you shift from art to world that sharpness, that polish, that hone, is there, still.  Art, in this sense, augments our consciousness (just like poetry, just like books).

There is a great poem by one of my favorite poets, Wallace Stevens, that talks about this phenomenon.  It is called “The Idea of Order at Key West,” and it is about a woman walking along a shore and singing.  Stevens, like any poet, imagines this song, this indescribable thing that he hears and listens to in his imagination, and then he wonders about it.  He says, “what is this thing I hear?  What does it mean?  Why does it move me?”  Maybe even, “Who hears the song?”  The poem is, then, his own strong and idiosyncratic and profound answer to these questions.

In the penultimate stanza of the poem, we come across something very interesting and strange.  Stevens writes,

Ramon Fernandez, tell me, if you know,
Why, when the singing ended and we turned
Toward the town, tell why the glassy lights,
The lights in the fishing boats at anchor there,
As the night descended, tilting in the air,
Mastered the night and portioned out the sea,
Fixing emblazoned zones and fiery poles,
Arranging, deepening, enchanting night.

What does this mean?  What has happened?  Stevens has been listening to the song of the woman on the shore.  Then the song ends (we put down our book, our novel, our play, our  non-fiction).  And what happens?  “Why, when the singing ended and we turned / Toward the town, tell why the glassy lights, / The lights in the fishing boats at anchor there, / As the night descended, tilting in the air, / Mastered the night and portioned out the sea, / Fixing emblazoned zones and fiery poles, / Arranging, deepening, enchanting night.”  Stevens’ consciousness has been augmented, enriched, deepened, transformed, by the singing of the woman on the shore.  When she is done singing, Stevens still, in a sense, hears it, for what he sees has been inflected with her song.  The night itself is no longer only night – it is something seen and felt intensely and vividly, a vision, let’s  say, that permits Stevens to take part  in it.  He has allowed his consciousness to be infused with the song, and so it takes on contours of a wider, deeper impression, which then informs his vision of the night.

We are nearing the end of National Poetry Month, but that does not mean we should stop reading poetry.  Poetry, in many ways, in a sacred transaction, in which we encounter a deeper way of seeing the world.  When we imbibe a poem, and then put the book down, we have been blessed with a gift – a gift that is utterly free and part of the boon of all art – which is that we can for a moment step beyond ourselves, shift out of our accustomed habits of seeing and thinking, and dwell in a louder and vivified world.

Wallace Stevens
Link to “The Idea of Order at Key West:
https://www.poetryfoundation.org/poems/43431/the-idea-of-order-at-key-west

No, I’m not channeling Mork from Ork but want to share with you that November is National Novel Writing Month. It’s a very cool idea that began in 1999 when Chris Baty and 20 others in the San Francisco area decided they were going to write a 175 page novel in one month.  Last year they had more than 120,000 participants from all over the world!!

The goal is to start writing November 1 and complete 50,000 words by November 30.  Why? How could something written so quickly possibly be any good? Well, most of them probably aren’t the great American novel, but that’s not the point. The idea is to motivate people to do something they’ve been wanting to do but can never find the time, or can’t get past the first chapter, paragraph, sentence.

You may end up with nothing but dreck but you can truly claim to be a novelist! Or you may end up with something that can be reworked into a best-selling novel just like one participant, Sara Gruen – maybe you’ve heard of the book Water for Elephants?

I’m no aspiring novelist, but I am thinking of reworking the concept behind NaNoWriMo into something that will help me tackle things that keep getting put off. My first attempt will be OrMyBeWk: Organize My Bedroom Week. And I’m going to start tomorrow…or maybe Monday…well, I’ll let you know how it goes.