Below we have a selection of materials available here at Rocky River Public Library.

Black fortunes : the story of the first six African Americans who escaped slavery and became millionaires

“The astonishing untold history of America’s first black millionaires–former slaves who endured incredible challenges to amass and maintain their wealth for a century, from the Jacksonian period to the Roaring Twenties–self-made entrepreneurs whose unknown success mirrored that of American business heroes such as Henry Ford, John D. Rockefeller, and Thomas Edison.”

An African American and Latinx history of the United States

“An intersectional history of the shared struggle for African American and Latinx civil rights. Spanning more than two hundred years, An African American and Latinx History of the United States is a revolutionary, politically charged narrative history arguing that the “Global South” was crucial to the development of America as we know it. Ortiz challenges the notion of westward progress, as exalted by widely taught formulations such as “manifest destiny” and “Jacksonian democracy,” and shows how placing African American, Latinx, and Indigenous voices unapologetically front and center transforms American history into the story of the working class organizing against imperialism.”

The New Negro : the life of Alain Locke

“In The New Negro: The Life of Alain Locke, Jeffrey C. Stewart offers the definitive biography of the father of the Harlem Renaissance, based on the extant primary sources of his life and on interviews with those who knew him personally. He narrates the education of Locke, including his becoming the first African American Rhodes Scholar and earning a PhD in philosophy at Harvard University, and his long career as a professor at Howard University. Locke also received a cosmopolitan, aesthetic education through his travels in continental Europe, where he came to appreciate the beauty of art and experienced a freedom unknown to him in the United States. And yet he became most closely associated with the flowering of Black culture in Jazz Age America and his promotion of the literary and artistic work of African Americans as the quintessential creations of American modernism. In the process he looked to Africa to find the proud and beautiful roots of the race. Shifting the discussion of race from politics and economics to the arts, he helped establish the idea that Black urban communities could be crucibles of creativity. Stewart explores both Locke’s professional and private life, including his relationships with his mother, his friends, and his white patrons, as well as his lifelong search for love as a gay man.”

Smoketown : the untold story of the other great Black Renaissance

“The other great Renaissance of black culture, influence, and glamour burst forth joyfully in what may seem an unlikely place–Pittsburgh, PA–from the 1920s through the 1950s. Today black Pittsburgh is known as the setting for August Wilson’s famed plays about noble but doomed working-class strivers. But this community once had an impact on American history that rivaled the far larger black worlds of Harlem and Chicago. It published the most widely read black newspaper in the country, urging black voters to switch from the Republican to the Democratic Party and then rallying black support for World War II. It fielded two of the greatest baseball teams of the Negro Leagues and introduced Jackie Robinson to the Brooklyn Dodgers. Pittsburgh was the childhood home of jazz pioneers Billy Strayhorn, Billy Eckstine, Earl Hines, Mary Lou Williams, and Erroll Garner; Hall of Fame slugger Josh Gibson–and August Wilson himself. Some of the most glittering figures of the era were changed forever by the time they spent in the city, from Joe Louis and Satchel Paige to Duke Ellington and Lena Horne.”

I am not your Negro
“Master documentary filmmaker Raoul Peck envisions the book James Baldwin never finished. The result is a radical, up-to-the-minute examination of race in America, using Baldwin’s original words and a flood of rich archival material. A journey into black history that connects the past of the Civil Rights movement to the present of #BlackLivesMatter.”

American experience. Freedom riders
“In 1961, the Civil Rights Movement in America was at a turning point — while the Supreme Court had ruled that racial segregation was illegal, in many parts of the South public facilities were still divided into areas for blacks and whites, and while president John F. Kennedy spoke out in favor of civil rights, his administration had done little to practically remedy the situation. So a group of student activists stepped forward to force the issue of desegregation — dozens of college students, both black and white, began traveling together by bus through the segregated South, and simply by sitting together, eating together and sharing motel rooms, they raised controversy (often followed by violence) for flouting conventions that had been held for generations. The young civil rights activists became known as “Freedom Riders,” and as their actions became national news, they played a vital role in finally putting an end to Jim Crow laws in the South and eliminating the “separate but equal” doctrine. Filmmaker Stanley Nelson combines newsreel footage, rare photos and new interviews with the activists who faced danger to fight prejudice in the documentary Freedom Riders, which was an official selection at the 2010 Sundance Film Festival. “~ Mark Deming, Rovi

Against the odds the artists of the Harlem Renaissance

“Part social engineering, part artistic happening, the Harlem Renaissance of the 1920s and 1930s brought the accomplishments of African-Americans to the forefront of popular culture. Against All Odds: The Artists of the Harlem Renaissance remembers the glory days of the New York neighborhood. Spurred by efforts from the NAACP and the Urban League, black Americans were urged to step up creatively after the 1919 race riots. The result was a blossoming of talent through theatre, music, dance, and art. Harlem became a place of intrigue as people recognized the heightened activity. This one-hour presentation traces the history of this important American movement. “~ Sarah Ing, Rovi

Today we are featuring the rich history of the arts in Northeast Ohio. Below are different opportunities to see and support the arts within our community.

The Memory Project highlights the work of artists who were featured in:

Each in Their Own Voice: African-American Artists in Cleveland, 1970-2005

An exhibition at Cleveland State University Art Gallery which ran from from January 23 to March 7, 2009.

Current has on displayed

The GoogleDoodle celebrating the life and legacy of Martin Luther King Jr. was created by Cleveland-based artist Cannaday Chapman in collaboration with the Black Googlers Network (BGN) and was featured on Cleveland.com.

Our next featured local resource is the African American Archives of the Western Reserve Historical Society.

Established in 1970, the archives mission is to “collect, preserve and make accessible historic documents, photographs, memorabilia, art, and artifacts pertaining to African American life, history and culture in Northeast Ohio.” Online you can browse through their catalog to see the archive’s holdings and its location within the Historical Society. Additionally they offer an useful subjects tab that lets you narrow your search results. It should be noted that there are materials that cover national history as well.

For information on the African American Archives Auxiliary or to find out how to support its work, contact:

There is an amazing wealth of information on landmarks and events telling the story of life in Cleveland. This site offers pictures, recorded oral history, news clippings, and cited sources to continue your own research. They organize topics by “Tours” which is centered around a single topic and the different  Below is a link to African Americans in Cleveland, a Tour spanning over a 100 years of  public and personal accounts.

Curated by The Cleveland Historical Team 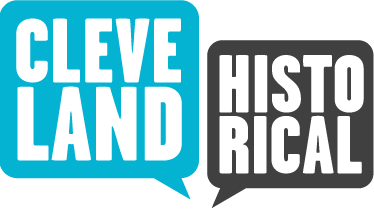 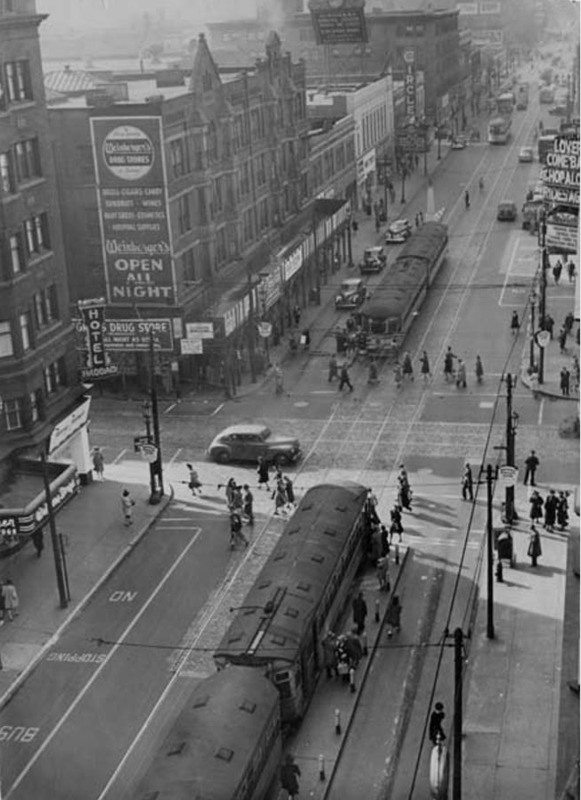 In observance of African-American History Month we will be highlighting local African-American history and research from the Cleveland and the Northeast Ohio area. To start off we have an article from two years ago by the Plain Dealer which was the source material for the text I used in the display in our library.

43 notable African-Americans with ties to Cleveland: