I wanted to share this interesting link for Banned Books Week :

Taken from the actual cases that have been documented by the American Library Association and the Kids’ Right to Read Project, this Google Map represents the places in the United States where books have been banned or challenged since 2007. ALA documented 460 challenges in 2009 but believes that this number is only 20-25% of the actual challenges or bans that did occur. Many of these challenges are never officially reported and documented.

Happy Reading and Happy to be celebrating our Freedom to Read! ~Donna

Is it time for Stephanie Plum to get a new job?

I just finished with Sizzling Sixteen by Janet Evanovich. Although I really, really, really don’t want to admit it, I’m ready for this series to end. I love the characters of Stephanie, Ranger, Morelli, Lulu, and even Bob the Dog but come on already…Stephanie you need to choose and move on with your life! I eagerly look forward to the new Evanovich book every  June and I always buy my own copy so that I don’t have to wait for it via the library holds. I block out a few hours and I’m off to Trenton, New Jersey with Stephanie. I laugh, I chuckle and I cheer. I love those crazy, weird characters! However, when I finished Sizzling Sixteen ….well, I was ready to shake Stephanie’s shoulders and yell at her to MOVE ON! What do you think?

If you grew up in Cleveland during the 60s, 70s, or 80s, you have to recognize the name Big Chuck. His book, Big Chuck! : My Favorite Stories from 47 Years on Cleveland TV by Chuck Schodowski with Tom Feran is a delicious, thoroughly entertaining and easy-to-read memoir. Big Chuck shares hundreds of hilarious stories about his work on and behind the scenes of Cleveland television especially at Channel 8(now known as Fox 8 News). He has been a writer of skits for Ernie “Ghoulardi” Anderson and the Ghoulardi Show, a co-host with Bob “Hoolihan” Wells and “Lil” John Rinaldi and a producer and director. The new paperback edition is even more of a treat to read since he added another chapter to include some other memorable stories that were not in the original hardcover edition. The photographs throughout the book are also a treat to savor and enjoy. Delightful and amusing, this book should not be missed by Cleveland fans or any fan interested in the world of television.
This book was provided to our library for review by the publisher.

Wow! It looks like we really are going to have a beautiful long weekend to celebrate the 4th of July! Parades, picnics, fireworks and family get-togethers are fantastic ways to spend the weekend! I don’t think our forefathers thought that we would be celebrating this way on this day when they adopted the Declaration of Independence way back on July 4, 1776 in Philadelphia. Thomas Jefferson, John Adams, Benjamin Franklin and the rest of the Continental Congress just wanted a document to announce our independence from Great Britain and to think that this great document has lasted over 200 years! There’s some neat information about the Declaration of Independence and is signers at this website. Check it out!

As for me, I will be celebrating like the millions of others this weekend. I will be on the back of my brother’s truck throwing out candy while my brother and nephew play patriotic music on their accordions in the Parma 4th of July parade.

Enjoy your holiday and of course, Happy Reading! ~Donna

March 2 is a great day to celebrate! Besides being the birthday of the wonderful author and illustrator, Dr. Seuss, it is also the National Education Association‘s Read Across America Day. The goal of the NEA is to have every child today reading in the company of a caring adult. I read today with children. Did you?

“Today you are you, that is truer than true. There is no one alive who is youer than you.”

Well, Punxsutawney Phil was right…again! It looks like we ARE having 6 more weeks of winter. Hey, we made it until the end of February and fortunately, tomorrow is the first of March. I haven’t seen the first spring robin yet (they know to stay away from the Cleveland area) but I have seen the next best thing as a sure sign of Spring…summer swimsuits for sale! Hooray!

Thank you to all who participated in the Library Lovers’ Poll at the beginning of the month. So far, the majority have responded that they love EVERYTHING about their libraries! How could they not? I think libraries are the best places to be especially now with the bad weather. (Have I mentioned before that I love libraries?)

“One of the greatest gifts my brother and I received from my mother was her love of literature and language. With their boundless energy, libraries open the door to these worlds and so many others. I urge young and old alike to embrace all that libraries have to offer. “ 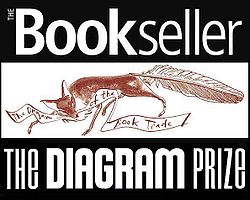 Six finalists have been announced by The Bookseller for the Diagram Prize, the literary award given annually to the book with the oddest title. This year’s eccentricities are:
Afterthoughts of a Worm Hunter by David Crompton
Collectible Spoons of the Third Reich by James A. Yannes
Crocheting Adventures with Hyperbolic Planes by Daina Taimina
Governing Lethal Behavior in Autonomous Robots by Ronald C. Arkin
The Changing World of Inflammatory Bowel Disease by Ellen Scherl and Maria Dubinsky
What Kind of Bean is This Chihuahua? By Tara Jensen-Meyer

You can vote for your favorite title on The Bookseller‘s website. The winner will be announced on March 26.

I’m a big fan of Janet Evanovich and her Stephanie Plum books. The first book, published in 1994, was  One for the Money. (check our Reading Room review) Janet Evanovich posted on her website that if the book ever became a movie she would like to see Sandra Bullock cast as Stephanie Plum. Well, finally after 15 years, Columbia Pictures have announced who they have signed to play Stephanie Plum — Katherine Heigl! Hmmm….I’m not sure about that choice…What do you think?

I couldn’t find any other information about who else has been signed for the movie.  I’ll keep you posted…For now, I’m sticking to the books…Sizzling Sixteen will be out in mid-June. I can’t wait! She needs to be with Morelli. Happy Reading!     ~Donna

Considering this is Library Lovers’ Month and I love libraries and books and there are many authors who write those books that are found in our lovable libraries, I feel the need to make a comment on several  notable literary deaths that I read about so far in 2010. (Do you think this will qualify for one of the longest sentences in the world?) The literary world will feel their loss but, thank goodness, their work will last forever in their books that are found in our wonderful, enchanting libraries.(Did I mention already that I love libraries?)

I have written about Robert B. Parker who died of a heart attack doing what he loved to do…writing in January. I am still bereft to think that Spencer will be gone from my reading world but I was glad to read that there still will be several books by Parker that will be published posthumously. Kage Baker, Louis Auchincloss, Howard Zinn, Erich Segal, J. D. Salinger and Miep Gies are just a few others that  have recently died. Another one of my favorites, Dick Francis, died on Valentine’s Day at the age of 89. He was able to transport me to another world with his horse racing mysteries. His words will be carried on by his son, Felix, who will continue writing horse mysteries.

We even have lost a few poets these past two months. Lucille Clifton was one of my favorite poets. She died on February 13. Here is one poem that I love by her:

Homage to My Hips

It’s a good thing that we have new writers to explore and enjoy every year. I look forward to read about some new authors and their first novels from our Adult Services’ next book discussion.

The 2010 Winter Olympics start today! I’m eagerly anticipating the opening ceremonies, the competitions and of course, the athletes’ stories.  I am not a winter athlete. The only way I know how to stop at ice skating is to fall down. Guess what? The only way I know how to stop at skiing is to fall down or to run into something at the bottom of the hill. I’m terrified of the ski lifts! Did I mention that I intensely dislike the snow, cold and ice? I am a great armchair television viewer (I think I could win the gold medal in that event) and I truly admire and envy all those athletes who are so, so, so, much better than me at their individual sports. This is why I LOVE to watch the Olympics!

Of course, I think there should be a Reading Olympics. I believe that I could be very competitive at reading. After all, I have read all of the Harry Potter books…all 4,000 pages or so. I have read all of Diana Gabaldon’s Outlander series…all 6,000 pages or so. I am now reading (and it’s almost 600 pages long), The Swan Thieves by Elizabeth Kostova. Don’t you think these reading accomplishments should count for something?

I didn’t count the words while I was reading, only the pages so I’m not sure where these totals would compare to the book, Marienbad My Love. This E-book first published online in 2008 is considered to be the longest English novel in the world with 17 million words (who took the time to count all those words?). It is a love story about the end of the word and can be fully downloaded at Marienbadmylove.com. Check it out. Supposedly, the book also has the longest word, a 4.4 million letter noun and the longest sentence at 3 million words. Marienbad My Love is just the condensed title. The true book title is considered to be the longest book title ever recorded at 6,700 words. Wow!

Oh well, I may not qualify for the Reading Olympics by reading the most words this year but I’m determined to keep reading….who knows, maybe next year, I may qualify….