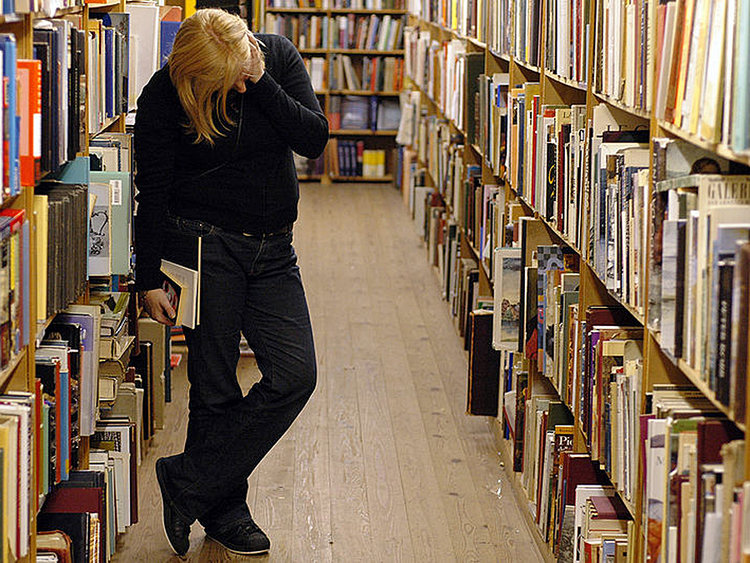 It is always a pleasure to post on this blog about topics I care a lot about: poetry, or fiction, or music, or even in some cases spirituality.  One thing I haven’t really written about, that in some senses undergirds all my former posts, is my role as an adult services librarian here at RRPL.  For today’s post, I want to talk about an aspect of my happy-making job as an adult services librarian, and use that aspect to share some information about some fascinating books that have come out recently.

Okay, what is this aspect I am talking about?  Well, basically this: one of the greatest parts of being a librarian is that we get to order books for the library.  This means reading through the various trade journals, like Publisher’s Weekly, Booklist, and Library Journal, and purchasing books – what we think is interesting, or relevant, or important, or will have an audience, or might not have an audience off the bat but deserves and warrants one.

After we order these books, and they come in and are cataloged and outfitted by our Technical Services team, we place said books in the “New” sections in the Grand Reading Room – New Fiction, New Non-Fiction, New Biography, etc.  And there they wait, for three months, to be seen, picked up, scanned, looked at, considered, and perhaps, best of all, borrowed – or, even better – devoured, read, imbibed, thought about, etc.  This is part of the life of a new book.  But, when three months have passed, a new chapter (pun intended) dawns on the new book, and we then change the status of the book, and place it away from the “New” section, in the regular Fiction, Non-Fiction, Biography, and so on.

Changing the status of the book is absolutely necessary, if we are going to have space for the newer books (there are always newer books).  But sometimes – and this is why I am writing this post – something is “lost in the translation.”  How do I mean?  New books are in some ways more visible than the books in the larger fiction and non-fiction sections.  People like to browse the new book sections; there is something about a new book that people feel is relevant, timely, even in some ways perhaps on the “cutting edge.”  People also like to browse the regular fiction and non-fiction sections, but I wonder if browsing happens less there, and that when people do go into these sections, they have a more specific idea about what they are looking for.  (Ode to Browsing: “Browsing,” which comes from the Old French word for “nibbling off buds,” can be an incredibly fun, edifying and pleasurable thing in life, though I’m not sure people write about it very much, let alone do it a lot, at least in the analog world – I could be wrong.  When I was a student at the University of Michigan years ago, they had this enormous library called the Hatcher Graduate Library, with at least seven or eight levels.  As an undergraduate, I used to love visiting the literary criticism section on American poetry, and just browse the titles, see what popped out at me, sparked my interest, and then pull whatever seemed interesting, to see if the book would help me somehow, in my thinking, research, or whatever else.  I wonder sometimes if the newer trend of electronic mobile shelving – where one presses a button and the whole shelf moves – while definitely conserving space, (and being sort of spooky and neat), also makes generative browsing less possible, because there is a sense that one has less time to luxuriate in browsing mode, before another hungry reader comes along and needs to collapse the space to find his or her own book(s).)

Adult services librarians at public libraries are often assigned, or ask for, certain Dewey sections to order for – ideally that they have an interest in, as they will be reading quite a bit in the trade journals about the new books coming out in those sections. (I was really blessed here at RRPL to be able to order the 800s, which is the literature (though not fiction) section, so: poetry, criticism, essays, plays.)  Another of my sections is the “300s,” the social sciences.  If you want to get crazy, as well as get a sense for a librarian’s helpful mania for categories and subjects, you can look at a thorough breakdown of the 300s here, (from the Online Computer Library Center).  But the 300s are basically sociology, anthropology, political science, economics, law, military science, true crime, education, transportation, and folklore.  And recently, (coming to the point), when I was changing the status of the new 300s, I realized that I was looking and holding some really interesting books.  I was sad that these books might not be read, as they were no longer “new.”  What were these books?

Here are two of them, with links to and excerpts from book reviews.  Just because these books are three-months old does not mean they are not new!  And, by extension, a new book does not necessarily mean a good book, just as an old book does not necessarily mean a bad book.  Maybe this doesn’t need to be said.  Still, in our current age, where everything goes by so fast (saith the grumpy librarian), sometimes it’s good to be reminded that older things – books, ideas, and so on – do not necessarily mean dated things, (though sometimes it does).  One of the reasons why I love CLEVNET is that we have access to both old and new books – we really have a very great depth and width to choose from.  And really, when you think about it, this dichotomy between “new” and “old” books is pretty absurd – perhaps we should rather differentiate, in the spirit of William James (19th century psychologist, philosopher, and “adorable genius”), between living books and dead books. James wrote about “living hypotheses” and “dead hypotheses” in a famous lecture he gave called “The Will to Believe.”  (“New” and “old” also take on different colorings based on the section one is ordering for; the sciences have a greater need to be up-to-date; literature, in some ways at least, not so much.)

Without further ado, here are two books that this grumpy librarian believes deserves a wider audience (click on the cover to reach the catalog entry):

Short review of Nervous State in the New York Times:

“In this interdisciplinary masterpiece (available next month), Davies, a political economist, seeks to solve a major mystery in electoral history: How did a sleazy Croesus sway enough blue-collar workers to be chosen president of the world’s greatest democracy? This political dyslexia was at first simply attributed to racial animus and/or economic anxiety. But the recent rise of elected authoritarians around the world has inspired several authors to dig deeper into what motivates such voters and whether democracy itself is “dying.”

One pioneering effort into illogical thinking was Jonathan Haidt’s “The Righteous Mind.” Now comes “Nervous States” to seamlessly blend psychology, biology, economics, philosophy, advertising and religion — from Hobbes to Freud — to illuminate how centuries of unreason have spawned our current president.

Davies thinks that right-wing populism is (mis)leading millions to substitute emotions for evidence because of impulses “deep in our psyches and bodies beyond matters of fact: physical pain, fear of the future, a sense of our own mortality.” Demagogues, blaming various villains (Jewish bankers, immigrants), can then convert distress and disempowerment into hatred and a “rejection of progress.” This emphasis of fear over facts creates crowds for whom “it really doesn’t matter … what is said, but merely how it makes them feel.”

“Davies urges rational leaders to better deploy “imagery, sound and speech” to elevate reason over emotion, democracy over reaction. Imagine the epic irony if President Trump paves the way for a Democratic president who then becomes a 21st-century version of Franklin Roosevelt cleaning up after Herbert Hoover’s elephantine mess.”

Longer Review of Nervous States in the New York Times 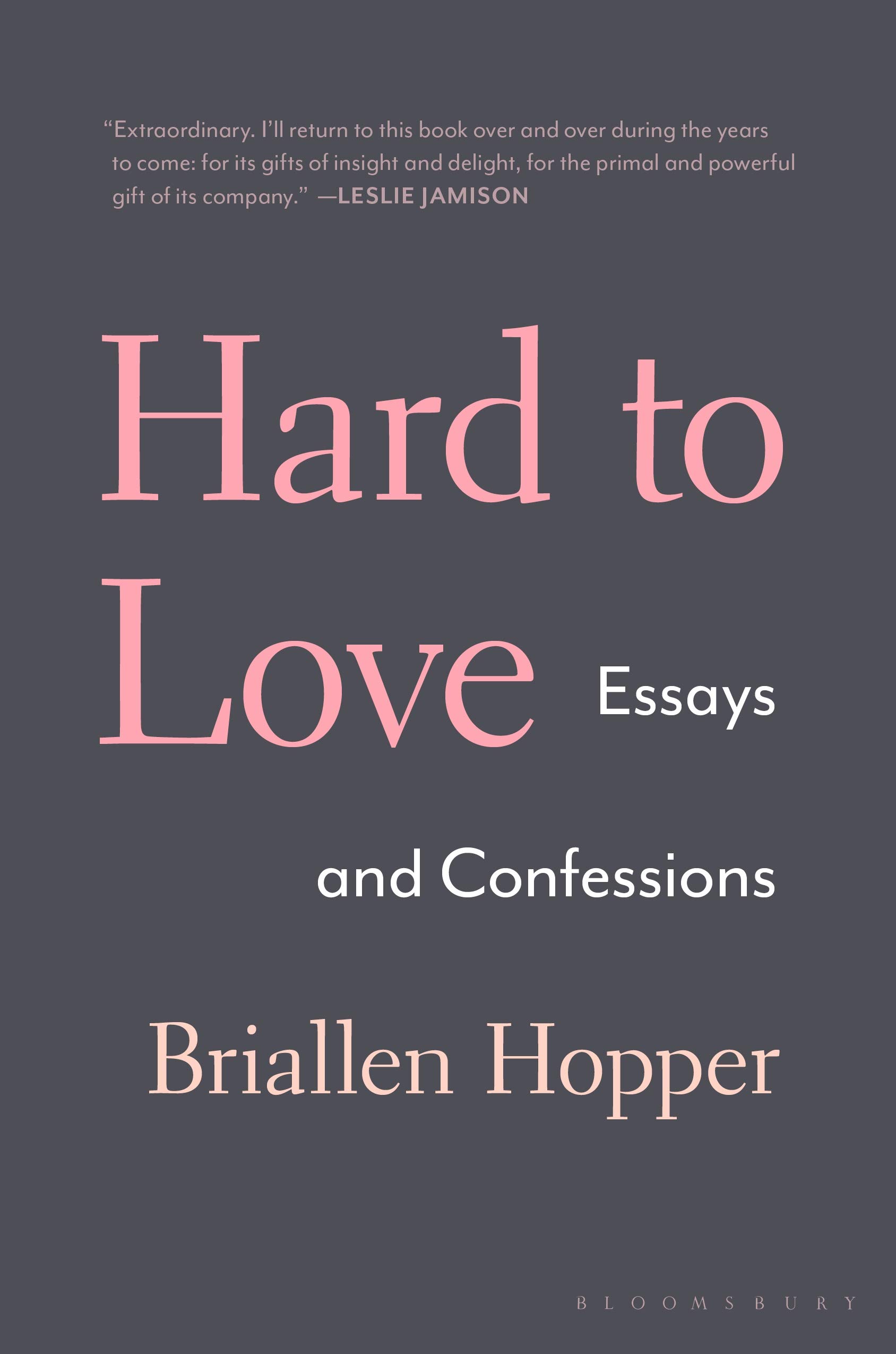 Excerpts from review at NPR:

“That lavish kindness comes, largely, through friends. In this sense, Hopper is contributing to a growing body of recent writing (Text Me When You Get Home, The Friendship Cure) and pop culture storylines (Broad City, Insecure) that underscore the depth and significance of female friendships. But Hopper’s book feels distinct from and, in some ways, more daring than these. Depictions of best friendships between women are radical in their suggestion that a fulfilling partnership doesn’t need to be a heterosexual romantic relationship. Yet they operate within similar constraints; a romantic partner gets substituted with a friend. Hopper shows there’s a far wider array of possible platonic relationships than usually appear in print or on screen. Her friendships take on a variety of configurations (different sizes, many are long distance), involve serious commitments (caring for a chronically ill friend), and, at times, complications, like when Hopper gets taken in by a friend and resentment brews.”

“By giving dignity to female friendships, to the feeling of finding a home in a fictional neighborhood bar or solace in an item, Hopper rejects what she calls the “two American creeds”: marriage and self-reliance. Marriage, as far as she can tell, is the sole socially permissible form of dependence in the United States. A single woman in her late-30s, Hopper isn’t interested in that kind of dependence, but nor does she desire stoic self-reliance. She’s repelled by the brand of singleness that celebrates a life shorn of commitments to others or solitude valorized by American writers ranging from Ralph Waldo Emerson to Joan Didion.”