Today is Presidents Day! While we are open for business as usual at Rocky River Public Library, post offices are closed, students and teachers have no school today & your bank teller probably isn’t working today either. But what the heck is Presidents Day? Or should I say “President’s Day?” Or is it “Presidents’ Day?” 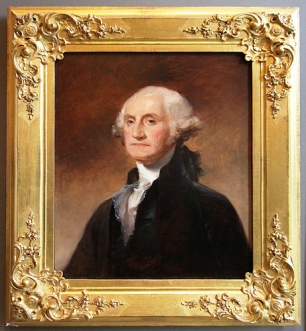 The answer? None of the above. Today is still considered “Washington’s Birthday” according to section 6103(a) of title 5 of the U.S. Code. The informal name change actually coincided with a Congressional initiative to attach federal holidays to weekends, thereby creating uninterrupted, three-day stretches of leisure time. The Uniform Monday Holiday Bill, which was voted on in 1968, moved “Washington’s Birthday” from its fixed date of February 22, to every “third Monday in February.” And, as the holiday also happened to land near Abraham Lincoln’s birthday (February 12), retailers, who were eager to promote discounts on both days, re-branded the day “Presidents Day” to lure in shoppers. And the name stuck!

Regardless of what you call it, I think you’re lucky if you have the day off! But, if retail therapy is not on your plate, may I suggest, spending some time here at the library, choosing your next book?   ~Carol